NHBB Precision Division, Chatsworth, CA--NHBB is pleased to announce the promotion of Dan Gruenwald to Manager of Divisional Sales for the Precision Division. Starting February 1st, Dan will oversee the departments of Inside Sales and Applications Engineering and report directly to NHBB's Executive Vice President, Gerry Fay.

During his 12 years with the company, Dan has built strong relationships with customers and developed a thorough understanding of NHBB's products and production processes. Dan began working for NHBB in 2007 as an Engineer in the Applications Engineering Department. He was a valuable member of this customer facing team for nine years, earning promotions in 2013 as Senior Applications Engineer and 2014 as Principal Engineer. Dan transitioned to operations in April of 2016 when he accepted the position of Manufacturing Engineering Manager.

Dan holds a BS in mechanical engineering from the University of California, San Diego (2003) and an MBA from Pepperdine University (2011). He is an active participant in the American Bearing Manufacturers Association (ABMA) and a former voting member of the organization's Bearing Technical Committee. 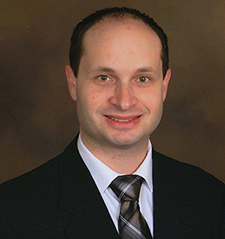