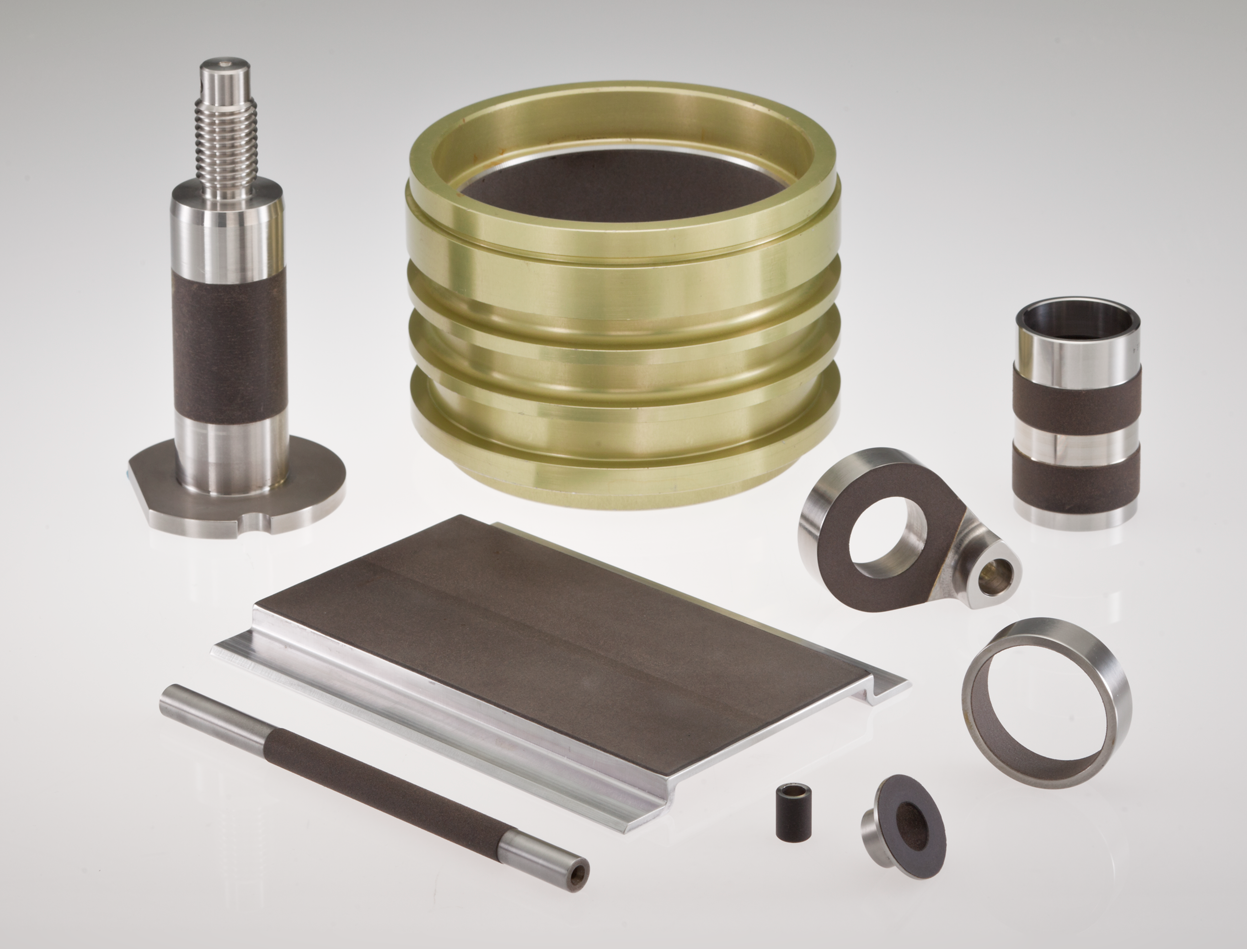 NHBB has developed and launched four new versions of the Oscimax® brand of machineable self-lubricating liner technology, which, along with the original version, Oscimax XT, now covers the full range of friction and life requirements for NHBB’s aerospace customers. The four new versions include two low friction options (Oscimax XY and XZ), a specific formulation for landing gear applications (XG), and a version designed to meet the Boeing BMS 3-39 specification (XB).

Oscimax® XT is the original formulation designed principally to overcome life-limiting factors. When it comes to wear-resistance and operating life, XT outperforms fabric-based PTFE liners and performs exceptionally well compared to other machineable, self-lubricating liner solutions. Independent lab tests have verified that XT exceeds all performance requirements of AS81934 beyond 100,000 cycles. At room temperature and a load of 37.5 ksi, XT exhibits 0.0005 inches of wear at 100,000 cycles, and its coefficient of friction is between 0.11 and 0.05. Even more impressive are the results of tests conducted at room temperature with no contaminants: Oscimax XT exhibited liner wear rates under 0.004 inches at one million cycles.

Oscimax XY, the first of two reduced-friction options, has a lower coefficient of friction than XT but superior wear resistance and life than equivalent reduced-friction liners on the market today. At room temperature with a load of 37.5 ksi, the XY liner exhibits approximately 0.0027 inches of wear at 100,000 cycles, and its coefficient of friction is between 0.09 and 0.04. Oscimax XY meets the requirements of AS81934 mil spec.

Oscimax XZ possesses extremely low friction properties, which makes it highly suitable for lightly loaded applications. The coefficient of friction for XZ is equivalent to competing solutions, but depending on the operating conditions, it has a slight to significant advantage in wear and life. At room temperature with a load of 16 ksi, the XZ liner exhibits 0.0033 inches of wear at 300,000 cycles, and its coefficient of friction is between 0.07 and 0.03.

Oscimax XG is specially formulated for landing gear applications. The unique properties of XG allow for greater finished depth, yet this liner still offers reduced friction as well as excellent wear and life. At room temperature with a load of 16 ksi, the XG liner type exhibits less than 0.0007 inches of wear at 100,000 cycles, and its coefficient of friction is between 0.10 and 0.03.

Oscimax XB meets Boeing's BMS 3-39 specification, which demands higher loads and tighter controls on wear and life than the industry standard. It shares nearly the same performance characteristics as Oscimax XT, except it meets higher load requirements. At room temperature with a load of 50 ksi, Oscimax XB exhibits 0.0009 inches of wear at 25,000 cycles. Its coefficient of friction is between 0.09 and 0.03. NHBB is still in the process of qualifying Oscimax XB to the Boeing spec.

The Oscimax brand of machineable, self-lubricating liner technology was developed by NHBB to reduce wear, resist corrosion and moisture, and extend the operating life of plain bearings and related next-up assemblies. Thanks to its versatility, the patented technology is utilized as a self-lubricating liner and anti-fretting coating in a wide array of engine and airframe systems, including engine controls, flight control systems, landing gear, access doors, and emergency exits, and more.